Metuchen teen, on mission to end malaria, hosting Nothing But Nets event Friday 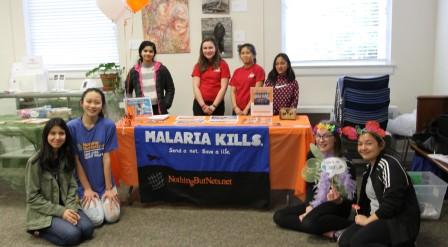 METUCHEN – A 13-year-old borough girl is on a mission to eradicate malaria, while raising funds to purchase
mosquito nets for those most vulnerable to the disease.

“Malaria is a fixable issue,” Kathering “Katie” Zong, a seventh-grader at Edgar Middle School said. “With
enough people helping, malaria could be a thing of the past.”

To commemorate World Malaria Day, which was marked on Wednesday, Katie is hosting her first World Malaria
Day and Fight Against Malaria event on Friday, April 27. The event, which will include a presentation and a
virtual reality video show, will run from 3 to 5 p.m. at the Metuchen Public Library, 480 Middlesex Ave. Katie
also will be selling some unique stationery and pens, which she picked during a visit to China. All the proceeds
will go to Nothing But Nets (https://nothingbutnets.net/about/). The event is one of 30 champion events UN
Foundation is targeting this week across the country.

Nothing But Nets is a global grassroots campaign of the UN Foundation that is designed to raise awareness, funds, and voices to fight malaria, according to the Nothing But Nets’ website. The campaign raises funds to send life-saving bed nets and other malaria preventions and treatment to families in need, especially those in sub-Saharan countries in Africa and Latin America, from malaria-carrying mosquitoes.

Katie first learned about malaria when she was a fourth-grader at Campbell School.
Malaria is a mosquito-borne disease caused by a parasite, according to website for the Centers for Disease Control and Prevention
(https://www.cdc.gov/malaria/index.html). People with malaria often experience fever, chills, and flu-like illness. Left untreated, they may develop severe complications and die. In 2016 an estimated 216 million cases of malaria occurred worldwide and 445,000 people died, mostly children in the African Region. About 1,700 cases of malaria are diagnosed in the United States each year. The vast majority of cases in the United States are in travelers and immigrants returning from countries where malaria transmission occurs, many from sub-Saharan Africa and South Asia, the website said. “Our class put on an assembly for the elementary school to inform them about malaria and how big of an issue it is and how we can help,” she said. “It really stuck with me all these years.”

“It was really cool,” she said. “We got to go to the U.S. Senate and tell our ideas to our state representatives. We specifically went and talked about more funding for Nothing But Nets.” Now Katie has made it her goal to put an end to the disease. “Currently, every two minutes a child dies from malaria or falls ill from its symptoms,” Katie said. “It’s terrible, but a few years ago it was every minute and a few years before that it was every 30 seconds. The amount of progress that we’ve made and the amount of lives we have saved is truly inspiring. Now I’m thinking in a couple more years in the future it will be an even longer time before someone dies or falls ill.” Additional information on Nothing But Nets visit nothingbutnets.net (https://nothingbutnets.net/). Staff Writer Susan Loyer: 732-565-7243; sloyer@gannettnj.com 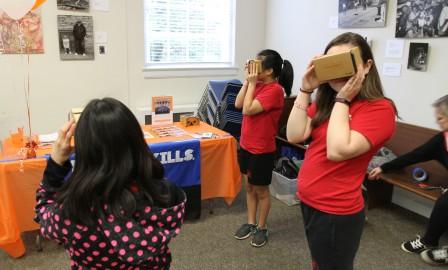 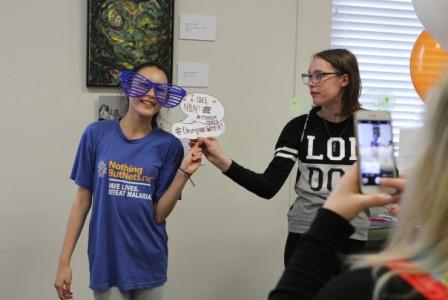 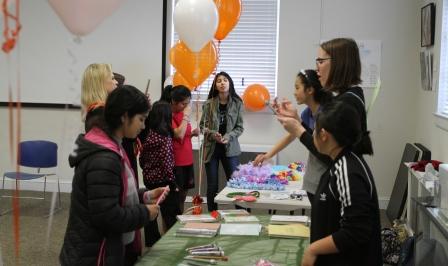